Join Date: Mar 2013
Posts: 344
Why baby turtles work together to dig themselves out of a nest 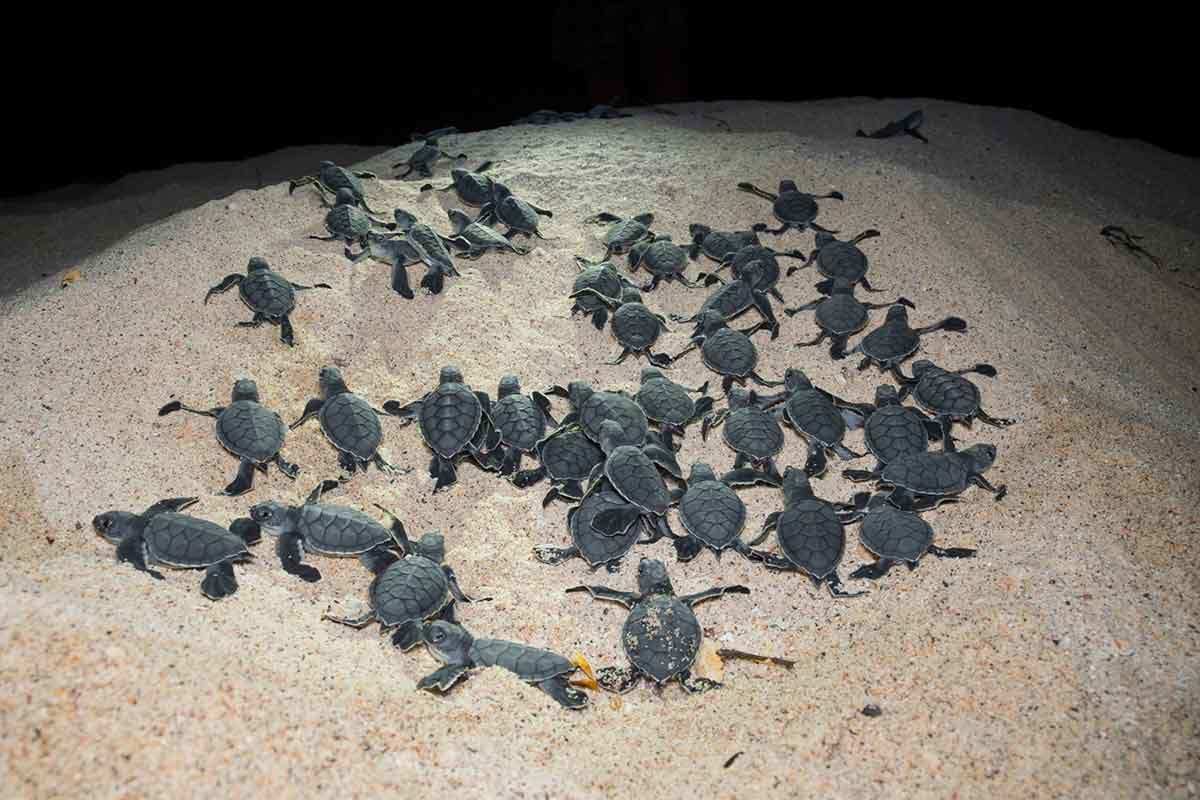 Baby sea turtles work together to dig their way out of sandy nests, and the more of them there are, the less energy they use doing it.

We knew of this group-digging behaviour, called social facilitation, for a long time, but the reasons for teamwork were unclear. Possible explanations included speeding up nest escape or helping the turtles emerge together to swamp awaiting predators on the beach.

But Mohd Uzair Rusli, a biologist at the University of Malaysia Terengganu in Kuala Terengganu wondered if it could also help individual hatchlings cut down on energy use while trying to leave their nest. This is a major undertaking for the tiny hatchlings, taking several days, with the only source of energy being the yolk that remains when they hatch.

So he buried clutches of 10 to 60 eggs under 40 centimetres of sand, and measured how much oxygen the hatchlings used — a common proxy for energy use — while digging their way out.

The turtles in the largest groups dug their way out twice as fast on average as the smallest groups – in three days rather than eight. They also used just over one-seventh the energy of the smallest groups, meaning they had more energy for their scramble down the beach and out to sea.

Lessons for hatcheries
These findings could have implications for the conservation of endangered turtles, says Mohd Uzair. When natural egg clutches are moved to hatcheries, they are often split into several smaller clutches, and some of the eggs are harvested.

Both practices could make life harder for the young once they hatch.


“Reducing the number of eggs in a clutch may ultimately result in the production of hatchlings with reduced energy reserves when they enter the sea,” he says.

Sarah Milton, a turtle biologist at Florida Atlantic University in Boca Raton, says that discussions of social facilitation in turtles usually only focus on predator dilution – the way the hatchlings stay in groups to make it less likely any given individual will be eaten. “It’s nice to see evidence that the energy savings could be just as important,” she says.

Mohd Uzair now wants to look at exactly how the turtles share the digging work. Do they, like cyclists in a peloton, take turns doing the harder work at the front of the group, and rotate back for a rest?

“It would be interesting to discover if the labour of digging is shared equally amongst clutch mates, or if there are a few individuals that are up front almost continuously and do the majority of digging work,” he says.